As Cigarette Smoking Continues to Decline, Teeth Are Smiling

It’s common knowledge by now that smoking is bad for your health. There have been plenty of efforts to regulate cigarette sales, packaging, and marketing in order to reduce smoking in the United States. There are laws about how cigarettes need to be labeled, laws that prevent them from being marketed to teens, restrictions on mailing cigarettes, and more. 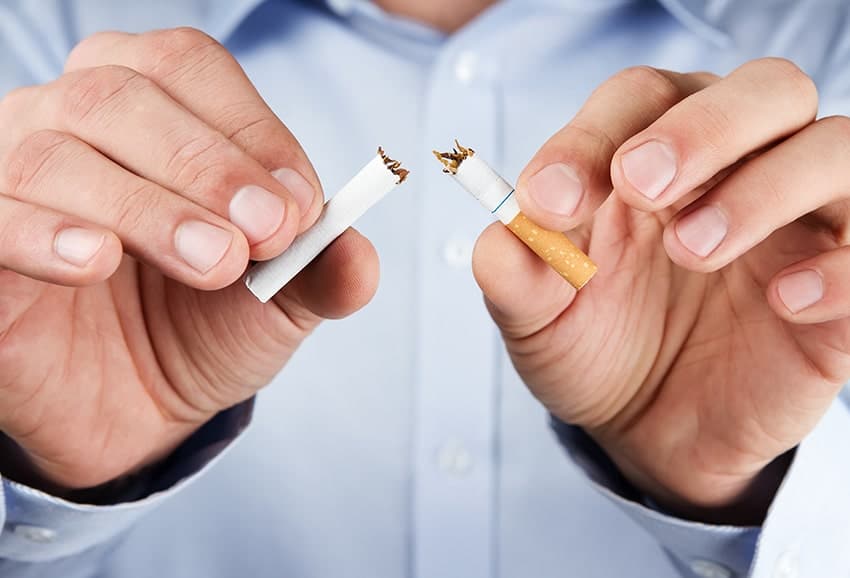 Most people already know that smoking can yellow your teeth, but that’s not the only way that smoking cigarettes can affect your oral health. Other side effects include increased buildup of plaque and tartar on the teeth; increased risk of leukoplakia, gum disease, and oral cancer; inflammation of salivary glands; and even loss of bone mass from the jaw. Smoking can also increase your risk of chronic pain conditions like TMJ.

If you’re thinking of getting or already have dental implants, cigarette smoking can significantly increase your risk of implant failure by impacting the way your bones heal. Instead of forming solid bone around your implants, nicotine can cause soft, fibrous tissues to grow instead. In fact, smoking is such a common cause of dental implant failure that dentists encourage smokers who are getting implants to quit for the duration of their surgery and recovery period, if not forever.

Fortunately, smoking prevalence continues to decline in the United States. In fact, in the last decade, cigarette smoking has declined overall by approximately 5%, according to the CDC. In 2005, a shock one fifth of American adults smoked cigarettes — 20.9%! But surveys in 2015 showed only 15.9% of American adults in that same category. The proportion of daily smokers dropped to match — from 16.9% to 11.4%.

But don’t get too excited: 36.5 million adults in the United States still smoke cigarettes regularly. The prevalence of smoking also varies by group, meaning that some Americans are more likely to smoke than others — namely people who are young, male, Native American, poorly educated, living belong the poverty line, uninsured, disabled, mentally ill, or part of the LGBTQ+ community. In many ways, this means the health detriments of smoking are falling disproportionately on some people.

We’re making progress, but we still have a lot of work to do to reduce the rate of cigarette smoking in the United States, and the economic costs that are tied to it. You can do your own small part in that work by quitting smoking. Your teeth will thank you!

If you’re looking for a dentist who can help preserve, protect, and promote your oral health, please call (907) 349-0022 or contact us today for an appointment at Excellence in Dentistry.