Did GIs Teach America to Brush Its Teeth? 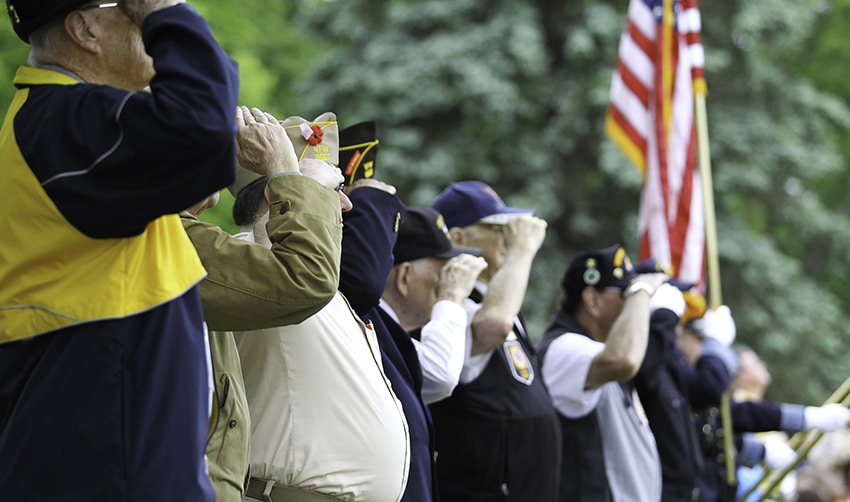 This week we celebrated Memorial Day, when we take the time to remember all the great things that veterans have given this country. It’s more than you probably think. You know that we have vets to thank for our freedom, and for the general safety and stability that is the foundation of the prosperity we enjoy. But did you know that we likely have veterans to thank for our beautiful, healthy smiles? That’s right, it’s quite likely that the US Army helped promote oral hygiene among its soldiers, and then it was spread to their families and elsewhere thanks to these efforts.

When we look back at history, it’s common for recent events to loom large and block out older events. As a result, sometimes history can be distorted, resulting in misconceptions that get passed around and taken for granted.

One of these misconceptions is that it was GIs returning from World War II that led to the spread of toothbrushing in the US. This makes sense: more US adults were involved in the war effort in WWII than in any US war before or since (with the exception of the Civil War). And when GIs returned from Europe and Asia, they brought with them many transformative aspects of US society, such as the fascination with Tiki culture and a readiness to accept the regimented structure that dominated the American workplace in the late 20th century. New trends in marketing and manufacturing also led to the spread of plastic products like toothbrushes and many personal care products like deodorant.

But the truth is that although we have veterans to thank for our toothbrushing habits, the trend started much earlier.

Advertising Was Not Enough

So, when did Americans really start brushing their teeth? Some people like to trace the origin of the toothbrushing habit in the US back to the early ad campaign that catapulted Pepsodent into the national consciousness. However, there are doubts that this is truly the cause of Americans learning to brush their teeth. Instead, it was merely a well-placed ad to take advantage of national awareness.

When people claim that Pepsodent toothpaste advertising caused people to learn to brush their teeth, they use some deliberate misrepresentation. In this article, they say the ad campaign began in the “early 1900s,” which would imply that the ad campaign ran sometime between 1900 and 1910. But the truth is that Pepsodent wasn’t even invented until 1915! By that time, most Americans had come to learn the importance of brushing their teeth.

The US Army Recognized the Danger

In the early 20th century, no one had a better sense of the health of America than the US Army. Every young man recruited for the army was evaluated comprehensively, from his head to his toes, and that included his teeth. The US Army had a standard for teeth: you needed at least 12 to serve, though some of them could be dentures if they worked well enough. And even with such a low standard, many recruits were rejected. In fact, not having enough teeth was the 8th most common reason why men were rejected from the Army in World War I. Imagine a society where many 18-35-year-old men didn’t have 12 teeth! That’s truly a national health crisis.

And the US Army wanted to do something about it. They started by introducing regular toothbrushing to their soldiers as early as 1908. This effort was paralleled by tooth-brushing drills in schools. Although not initially related to the Army, these efforts took on a more martial flare after WWI, and schools even directly referenced the war effort in their desire to get kids brushing their teeth. A 1920 pamphlet aimed at schoolchildren said,

Uncle Sam kept his soldiers well supplied with bullets, and bayonets and clothes, so as to have his first line of defense, the soldiers in the trenches in France, well equipped and ready to repel their deadly enemies.

Now each of you purchase equipment for your first line of defense, your little white armor coated soldiers, your teeth, by getting a toothbrush, some tooth paste and some dental floss.

This combined effort, with the US Army taking the lead and schools following suit had the desired effect. By the time we were ready to recruit the next generation of soldiers for fighting the Axis Powers, dental health was not nearly as poor.

No matter what your plans for celebrating Memorial Day, it’s important to remember the reason for the holiday. Make sure you thank a vet for their service and their gifts to our country, including the habit of daily toothbrushing. If you practice good oral hygiene, you can enjoy a beautiful, healthy smile and reduce your need for reconstructive dentistry.

If you are looking for a dentist in Anchorage to help you maintain the healthy and beauty of your teeth, please call (907) 349-0022 today for an appointment at Excellence in Dentistry.