Will Your Dentist Soon Be a Robot?

Automation is a hot button issue for economists and politicians. That’s because our economy and workers, especially those who work in industries like manufacturing, retail, and truck driving, stand to lose big in the next ten years. According to a recent study covering nearly 46 countries and 800 occupations, somewhere close to 800 million global workers will lose their job by 2030. That’s nearly one-third of the workforce in manufacturing giants like Germany, the US, and China.

So with the advent of science fiction robots that can detect weapons and work in warehouses, it begs the question as to whether your dentist, too, will soon be replaced by a robot. Already in China, there are dentistry robots doing some pretty incredible things. 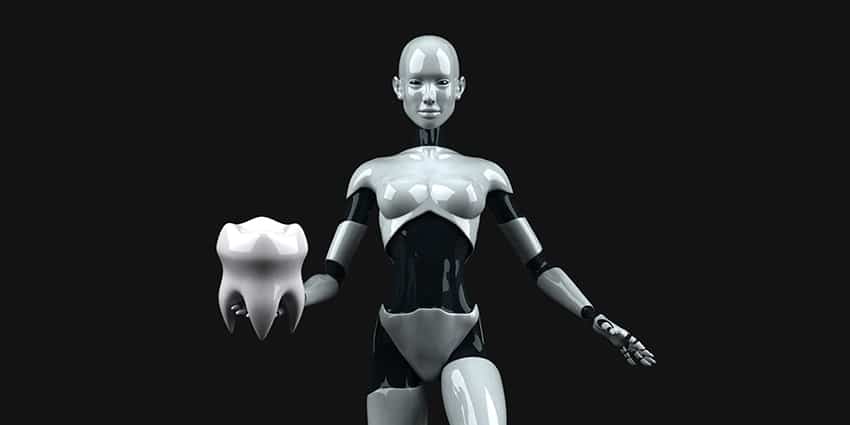 Just a few years ago, a robot in China successfully installed two dental implants. According to reports, two human doctors supervised the process, but did not participate. The robot performed the procedure in the city of Xi’an, where it followed pre-programmed commands to install two dental implants into a female patient. The implants were fitted within the acceptable range of 0.2 and 0.3 millimeters of error.

While robotics in dentistry is a new frontier, technology has been making dentistry more accurate, safe, and efficient for years now. It’s not uncommon for dentists to use 3D printing, lasers, and other advanced technology to serve their patients. Laser dentistry, for example, provides several benefits for patients seeking the best treatments possible. The Kavo Diode Laser targets unhealthy areas of the gums, to assist with regular cleanings, and help fight gum disease. 3D imaging helps a dentist to better fit the crown portion of your dental implants, making the most accurate and natural-looking implant possible.

The Future of Dental Implants

While robots may have more agility in a small space like the inside of the mouth, there is still an element of human expertise and judgment that would make most people nervous to have a procedure like dental implant placement performed without a dentist present. It may be that a human dentist assisted by a robot or operating a robot is a more likely future than simply receiving an entire procedure from a dental version of Wall-E.

Dr. Kendall is one of the best trained and most experienced implant dentists in Alaska. If you’ve recently lost one or more teeth, take a look at some before and after photos and client testimonials.

Dental implants carry a success rate of 98 percent when properly implanted, and when taken care of, they can last a lifetime. Robot installed dental implants are probably a long way away, but in the meantime, schedule a consultation, and enjoy that human touch!

Do you want to learn how dental implants can help you? Please call (907) 349-0022 or contact us today for an appointment with an Anchorage implant dentist at Excellence in Dentistry.